You are here:
NewsProduct ReviewsUncategorized 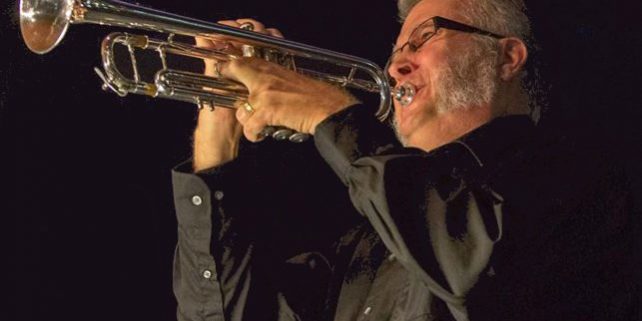 I received my two new Legends Brass trumpet mouthpieces on Saturday afternoon at about 4:00pm. I had already practiced the trumpet quite a bit that day (had no gig that night), and so I was really done with all of the practicing that I had planned on doing for the day. (I usually start my practicing fairly early in the morning, and I do several practice sessions throughout the day until I’m done.) But, I was really excited and anxious to try out the new mouthpieces, at least a little bit, for as much as my tired chops could stand, so I gave the mouthpieces their fist “test drive.”

I tried out the Legends Brass .600” JT CS (Charlie Shavers) mouthpiece (with standard configuration: #27 throat, “S” backbore, and Legends JT blank), first playing lyrically a bit in the middle and low registers to warm up and adjust to the new mouthpiece. The mouthpiece felt great, and it also sounded great, and it was incredibly easy to blow in all registers, and most surprising, my lips didn’t feel the least bit tired, even though I had been playing the trumpet all day already (with my old mouthpieces.) Continuing my test of that new JT CS mouthpiece, I then started gradually taking it up to the top of my range (all the way up to double-high C, and a bit above), and I was totally amazed at how much easier it was to play up there in that register on that mouthpiece—and with a huge, fat, beautiful sound. This was a great improvement over the other lead trumpet mouthpieces that I had been playing on before. Immediately, I could also tell that my endurance and my extended lead range would be able to last much longer on gigs and rehearsals with this mouthpiece. And, with my old mouthpieces, I could usually make it up to double-high C, but it was a struggle as I got to the top of my range especially, and it required much more work and effort, and sometimes those top notes were rather anemic-sounding on the old mouthpiece—especially on days when my chops were tired or in bad shape. The new Legends Brass mouthpiece instantly made these notes sound fatter, louder, and fuller, and I was able to play them with very little effort. (Those notes that are 5 ledger lines up above the staff now feel like all of the other notes that are below them: Like they are “normal” notes—notes that I totally “own” now.)

I ran the same mouthpiece test with my other new mouthpiece, the Legends Brass .595″ RM 16S (Rudy Muck) mouthpiece (with standard configuration: #27 throat, Manhattan backbore, and Legends Las Vegas Showroom blank.) Again, amazingly, I experienced the same positive results! This mouthpiece was also a winner. Compared to the first mouthpiece that I tried (the JT CS), it has a brighter, and more focused sound, and playing it requires backing off with the air a little bit more than with the JT CS (no doubt because of the tighter Manhattan backbore that is on the RM 16S.) This means that the RM 16S would be even better for long, extended-playing gigs and rehearsals, and also for gigs with few breaks and almost constant playing.

For testing these mouthpieces on the piccolo trumpet, first I played bits of a few standard, classic piccolo trumpet pieces (solos and excerpts) with these mouthpieces, starting with the Legends Brass .600 JT CS. I then played a scale going up to G above high C, and the high G at the top of that scale really “popped” with tremendous ease, and with a beautiful, rich, fat sound, and with such little effort that it was totally amazing. I held that high, fourth ledger line G out for a really long time, just enjoying basking in the beauty of the sound and the ease of playing it. As the note ended, I lowered the piccolo trumpet from my lips and I involuntarily shouted, “HOLY SHIT!!!”, surprising myself, and then laughing and thinking, “Did I really just say that reaction out loud?” There was no one else around at the time to hear me say it, which made it even more funny that I had said it. Who was I even talking to? Myself?

And, the Legends Brass mouthpieces also happen to be aesthetically appealing, since the design of each of the available mouthpiece blanks is truly beautiful and visually appealing. I like that there are nine standard blanks to choose from. This is a really great thing for professional trumpet players like me who often use a few different trumpet mouthpieces for different purposes [like for (1) general playing and classical, (2) lead/piccolo, and (3) extended-range/extra-bright lead], because we can play exclusively on Legends Brass mouthpieces (for all of our performance needs), and yet have each one of our Legends Brass mouthpieces look distinctly different. So many of us pro players who have had different mouthpieces for different purposes that all looked very similar have had at least one near disastrous experience on a gig where we accidentally put our regular, classical mouthpiece in the receiver to play either lead trumpet or piccolo trumpet, and then kept wondering why we were struggling so much, and why our chops were feeling so tired, and why we weren’t sounding our best (just assuming that we were having a bad chops day), only to discover at the end of the gig as we were putting our instruments away that we had been playing on the wrong mouthpiece that whole time!

Thank you Randy Dunn for the kind words!