You are here:
Uncategorized

If you are in the Pullman, WA area and would like to try Legends Brass mouthpieces, be sure to contact Dr. Turnbull. 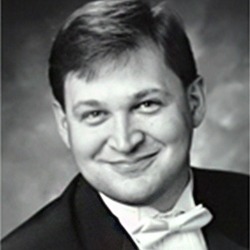 Professor of Music, Trumpet Area Coordinator of Brass and Percussion

Dr. David Turnbull, professor of music, coordinates the Brass and Percussion Area in the School of Music at Washington State University. He plays trumpet with the WSU Faculty Brass Quintet and performs with Jazz Northwest (the WSU Faculty Jazz Ensemble). He cofound Cameradschaft, a multidimensional trumpet and percussion duo (Dave Jarvis, percussion) that performs music from baroque to contemporary jazz and incorporates multicultural instruments such as the Australian didjeridu and conch shells. Turnbull also cofounded En Chamade, a trumpet organ duo (Jill Schneider, organ) that performs all over the Northwest.

Turnbull adjudicates throughout the Northwest for marching band competitions and concert band and jazz festivals, and he guest conducts numerous honor bands. His students compete in and win local, national and international competitions. They include, Tom Barber, who won the International Trumpet Guild (ITG) Jazz Improvisation Competition in Göteborg, Sweden, in 1997; Gwen Tarr, who placed third (as a freshman) at the Music Teachers National Association Collegiate Artist Brass Competition in Washington, D.C., in 2001; and Matt Reid, who placed second in the ITG Jazz Competition in Manchester, England, in 2002, and an International Student Music Award from Downbeat Magazine in 2006.