This scholarship will be presented to a Loudon County student with exceptional dedication to music. Love of music will be part of this student’s nature, but there will also be a personal commitment to excellence. He or she will have qualities such as good musical abilities, participation in a variety of music-related activities, and dedication to practice and improvement of skills.

This scholarship will be awarded in 2022 to one or more graduating seniors who are residents of Loudon County and have been accepted into college.

Dr. Best was committed to excellence in the Lenoir City High School band program. He expected his students to be dedicated to hard work and preparation, and as a result they enjoyed success after success. Many became accomplished musicians, but band was about more than just performing the music well. It was about the friendships they formed and the experiences they had together. It was about learning leadership characteristics, resourcefulness, responsibility, and how to have a good work ethic. Many students look back and realize that under Dr. Best’s leadership they learned skills and traits that contributed to success in their careers and in life.

The LCHS band program is shrinking now. During the pandemic, middle school band classes have been very limited or even canceled, leaving fewer students ready to move on to high school band. Increased pressure on students to perform well academically often leaves them without enough room in their course schedule for band. Current LCHS students often have to take classes online during the summer just to make room for band.

The goal of the Dr. Ric Best Legacy award is to encourage LCHS students to remain dedicated to band, and to reward those who make the effort to do so. This award is only for students at LCHS and the only requirement is participation in at least 7 semesters of band.

Dr. Ric Best was a career educator for forty-eight years. He served as director of band and choral activities with the Cocke County (TN) Schools from 1968-1971, the Lenoir City (TN) Schools from 1971-1998, and the University of Tennessee at Chattanooga from 1998-2000. At Lenoir City he served as Director of Bands, Supervisor of K-12 Arts and was a member of the City school board’s public negotiating team. Also during his tenure at Lenoir City he was one of the state’s first three career ladder Level III Master Teachers in the arts division of Governor Alexander’s Career Ladder Initiative.

In 2001, he became the Kentucky supervisor for the National Assessment of Educational Progress, or the “Nations Report Card”, and the same year was appointed conductor and director of music for the Tennessee Wind Symphony, which holds the coveted Sudler Silver Scroll Award for international excellence.  At UT Chattanooga he served as assistant director of bands, was responsible for the Moc Pep Bands and taught a variety of wind band repertoire and methods courses.

Dr. Best held a Doctorate from the University of Tennessee (Knoxville) with multi majors in School Administration, Curriculum Development and Music Education.  He served fourteen years on the Tennessee Music Educators Association Board of Directors and was president of the East Tennessee School Band and Orchestra Association, the Tennessee Secondary Schools Band Director’s Association and the Phi Beta Mu Honorary Bandmasters fraternity, where he also served as executive secretary treasurer.  He was twice a Sudler Laureate for international contributions to education, and was a member of the John Philip Sousa Legion of Honor as being one of the year’s “Top 10” wind band conductors in the United States. He was selected to five halls of fame including the East Tennessee School Band and Orchestra Association Hall of Fame, the Tennessee Bandmaster’s Hall of Fame, the Tennessee Secondary School Band Director’s Hall of Fame, The Loudon County (TN) Leadership Hall of Fame for Youth Mentoring , the Lenoir City Sports Hall of Fame, and was awarded the Tennessee Outstanding Achievement Award by Governor Lamar Alexander.  Dr. Best was honored by special proclamation on six occasions by the City Council of Lenoir City, The Loudon County Board of Education, The Loudon County Commission, the Lord Mayor of Westminister in London, England, and the Tennessee General Assembly. He listed one of his most important accomplishments as being an Eagle Scout with advanced silver palms and a member of the brotherhood camp of the Order of the Arrow. Dr. Best was also appointed as an Aide-de-Camp for the 21st Legislative District by the Tennessee House of Representatives for outstanding service to the state and extraordinary interest in the educational process.   He further held citations of excellence for extended service to education from the National Band Association and the Music Educators National Conference.

Under his direction the Tennessee Wind Symphony performed for the Lord Mayor of Westminister in London, twice at Carnegie Hall in New York City, and annual benefit concerts in partnership with the legendary Stan Brock’s Knoxville-based Remote Area Medical, a group that provides complimentary medical, dental and vision services to a world based population.

Dr. Best was elected to Loudon County Board of Education in 2010, serving as vice chairman in 2012 and chairman in 2013.  Perhaps Dr. Best’s proudest accomplishment of the board during his tenure was granting a state of the art new music space for Loudon High School.  Shortly after its opening in 2017, his colleagues on the board voted to name it The Dr. Ric Best Fine Arts Facility in his honor. During his seven years on the board, a total of four new band rooms, three new art rooms and four new music rooms came to life across the county.

Dr. Best grew up in Maryville, TN and attended Everett High School, where he was the band’s drum major and an accomplished trumpet player.  He continued to play trumpet in the University of Tennessee’ s Wind Ensemble and Pride of the Southland Marching Band.

*This page is still under construction. More info will be added soon. If you have pictures or videos you would like to share on this page, please contact us! 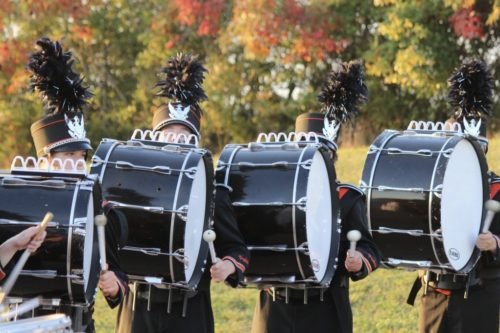 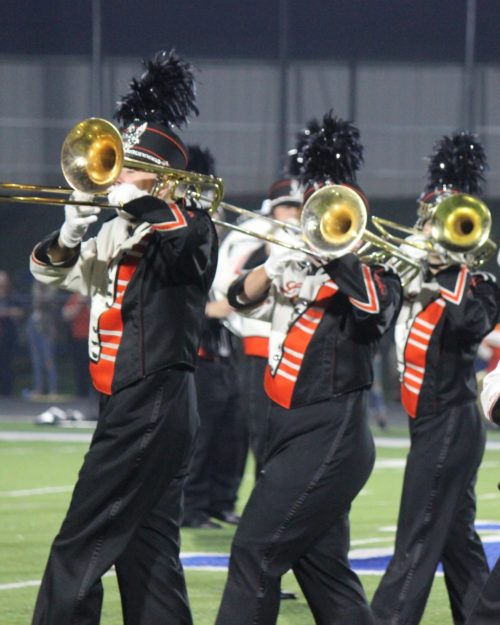